Melted dreams and other objects 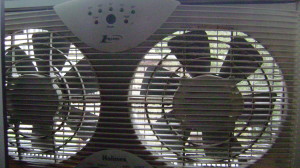 I wrote this post earlier in the summer, but held it back because August was so cool. But now that it’s September and summer has returned to toy with us some more, I have decided to call it out on some of the things it’s done. Here is a melodramatic list of things that melt in summer and ruin my life.

This should be the penultimate post of Humidfest 2014.  Maybe I’ll write some more if the heat continues into September, but at that point I think I’d need to change the name to GlobalWarmingFest.

Here’s a recap of the earlier posts in the series: