What’s my reward for staring down my obsessive-compulsive disorder and going inside a Dunkin Donuts during the pandemic, rather than using the drive-thru?

Straws. As many freakin’ straws as I want. And napkins too.

If I am ever granted three wishes, I shall waste one of them swapping handwriting with one of those people who prints in small caps.

Or a cybernetic arm that does the same thing. I’ve thought about this too much.

It’s official: I’m no longer the protagonist of my own life.

I’ve now lost so many of my things that I’ve crossed a threshold of comic ridiculousness and turned into a quirky side character in my own life.

Here’s to hoping I can blame this on pandemic-brain.

A few months ago, I made a list of 36 excellent and useful fake names, in male, female, and gender neutral varieties.

“If I listen to a playlist of children’s new wave songs about trucks at work, will anybody notice?” That’s the question my partner and I have been wondering about (more me because of the nature of my job) now that our kid is obsessed with this song about a cement mixer. Like a disease, it has spread to everyone around her. We all have it stuck in our heads. It goes round and round and round and round…

If this had existed when I was in high school, it’s exactly the kind of thing I would’ve binged-watched just because it’s weird.

I decide that my fortune cookie fortunes must prove their worth through combat. Fortunes about intuition, gravity, figurative sleep, and curiosity battle it out!

If you tell someone you have an animal phobia, there’s a good chance they will respond with unhelpful platitudes and alarming anecdotes. They may be completely well meaning, but plenty of well meaning people say … 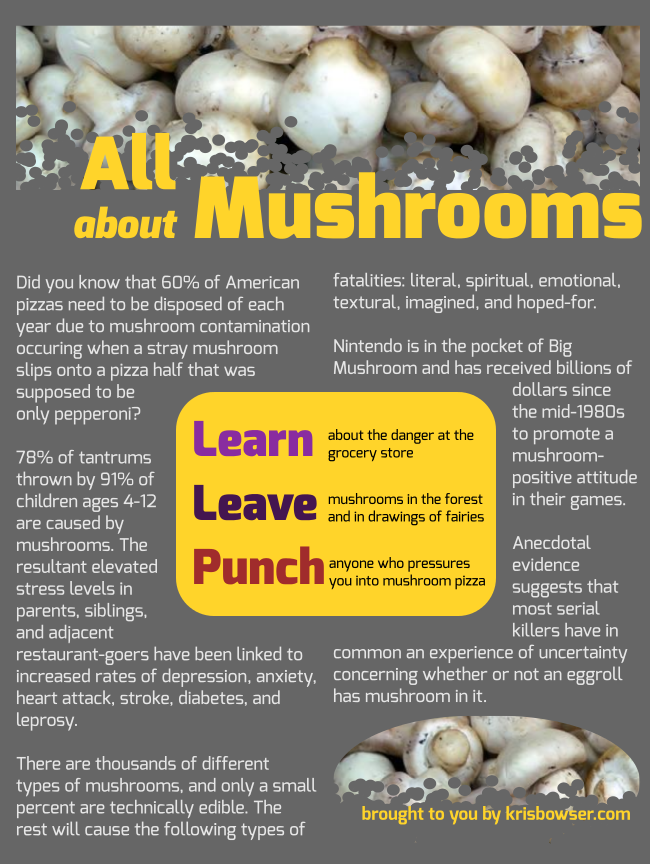 Searching for funny videos to watch on youtube, at some point I ended up typing in the names of things I like, followed by the word “parody.” Adam Ant parody? Yes, as it turns out, …