Why summer is almost worth it

I have survived the dangers of Labor Day*, and summer is unofficially over. Today, as planned, I will write about the aspects of summer that make the heat a little bit less like a demonic torment upon your very soul almost worth it. If you recall, I originally had the idea for this single post back in early July, but instead wrote a weekly series about how awful summer is.

While I have a couple of dedicated vegetable haters in my life, basically everyone else loves fresh produce. There’s practically no similarity at all between off-season, pale pink, water-fruit grocery store tomatoes, and the tangy, earthy ones that come from the garden (or farmer’s market) in August. Wild black raspberries are a constant in Southern New England, bushing out and claiming wide areas in their thorny dominion. Stomping down the thorny, outer parts of raspberry patches to get at the inner berries has been part of every summer, for as long as I can remember. And the scratches are always worth it.

I also love the smell of cut grass. It has a similiar earthy quality to that fresh tomato smell I love so much, and since I’ve had grass tea, I guess I can count it as produce. Even though I generally don’t. 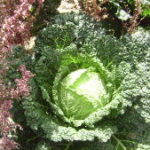 Crazy prehistoric cabbage that’s the size of a basketball. 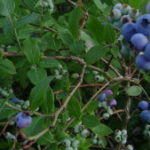 A bounty of blueberries. 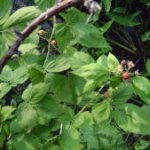 Sweet, wild black raspberries, found hidden in a tiny park in my town. 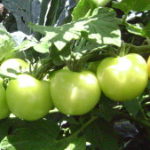 Tomatoes lined up, waiting to ripen and become caprese salad.

It’s been years since I’ve bought anything from the ice cream truck, but just hearing it drive by, knowing I could head it off at the right side street and buy a Ninja Turtle Pop (They had better still make those. Was that a threat?), always makes me feel better about having my sweaty legs chafing on the upholstery.

The 4th of July

I’m not especially patriotic, but in my family, Independence Day is a ten hour extravaganza of grilling, homemade ice cream, and fireworks from all sides of the lake. People parade their motor boats around the lake where my family gathers, and throw water balloons at the onlookers. Water balloons that a deft kayaking can usually find floating on the water later, and throw at unsuspecting siblings.

Pre-thunderstorm air, with gray storm clouds and wind whipping in my face, is the one variety of summer weather that makes me feel alive the way I do on a windy, cold day. And rain itself is something I love. I’ve spent many summer days eagerly awaiting rain like the coming of Christmas.

*At least, I assume this is the case.  I’m writing this post on Labor Day Eve and scheduling it for Wednesday.