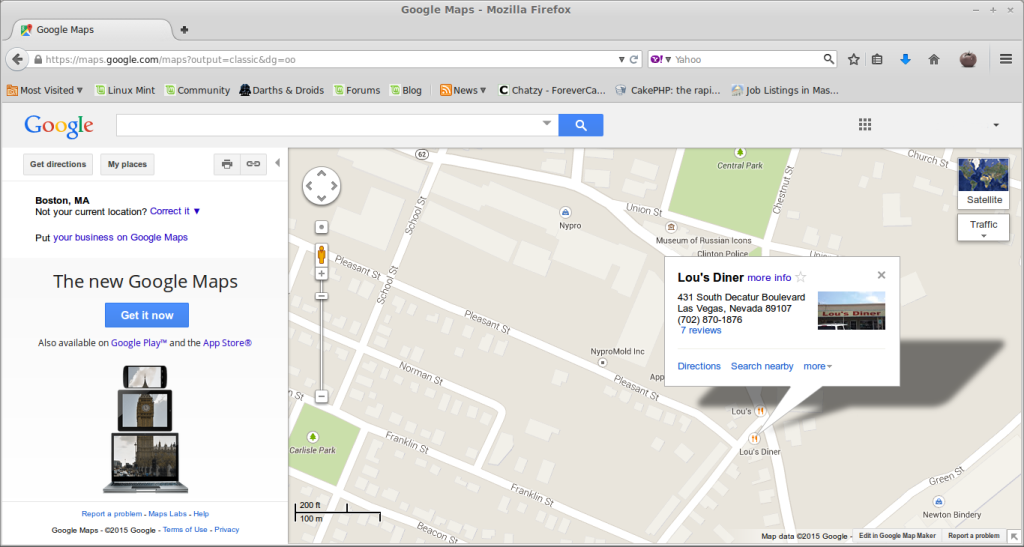 A lone diner from the other side of the country.