Pieces of Summer Apparel that We should Burn

As long as it’s not too hot out for fire, that is.

Summer clothing involves a high degree of discomfort. Blame the heat, and blame water sports. Here are some clothing items that I recommend throwing on your next backyard bonfire.

Science says that lighter colors are supposed to be cooler than darker ones in the heat, but I’ve never noticed an appreciable difference. Maybe this is why pastels are more prevalent in the summer, or maybe it’s some kind of preppy fashion thing that escaped from the country club and hasn’t been picked up by animal control yet. Pastels are watered down versions of real colors. They are the clothing equivalent of coffee with skim milk in it.

If they don’t bunch up when walking, then they’re usually too short and involve more pressure to leg-shave. Or (for women’s shorts, anyway) they’re a more practical length but look like I’m supposed to be wearing them to a business meeting or postal route.

Flip flops used to be a mainstay for me. In high school, I would wear them to school with colorful toe socks. It was my thing. Now I can’t stand the way you have to crunch up your toes to keep them in place when walking fast. Forget running in them. And then there’s the irritating slap slap noise.

It should be obvious from this that I also advocate burning high-heeled sandals. I don’t own any, but I bet those ones made of corkboards burn real nice.

For any activity or event in my life, I wear functional, slightly shabbier than appropriate clothing. For water sports, I wear functional, appropriate…underwear? Um, what? Enough already. Last year I switched to wearing running shorts and bathing suit tanks for all my lake-going needs. Even practical bathing suits feel too much like pin-up wear, and those skimpy bikinis that are impossible to function in (I mean, as some kind of human being that engages in movement and isn’t interested in constant adjusting) can go on the fire first. Small things make the best kindling.

Has anyone ever made a life jacket that takes cup size into account? I’m guessing this could exist, but despite frequent kayaking, life jackets aren’t really an expertise of mine. A quick search doesn’t reveal anything promising. If someone hits my kayak with their jet-ski*, and I’m thrown off and rendered unconscious, I’d rather not drown when my life jacket rides up over my head because I had to take a size larger to fit my boobs. 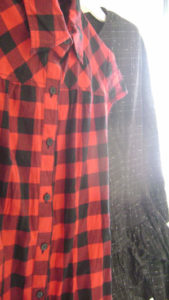 Are these sundresses? More importantly, do they contain flame-retardant chemicals?

What makes a dress a sundress versus just some kind of a normal dress? On one end, I’m reasonably certain that some kind of gothy, long-sleeved Elvira type thing is *not* a sundress. On the other end, I think something yellow and billowing with thin straps and actual depictions of the sun would qualify as sundress material. Material—see what I did there? So that leaves every other type of dress in the world as a potential sundress. I might not have much of an idea what a sundress is, but since the items I have previously listed don’t seem like they’d create a conflagration as big as the one I’m imagining, sundresses should also be burned.

*Even though nine year-old kids are no longer allowed to drive jet-skis, I still assume that if I’m ever in an accident out on the lake, it will be a jet-ski’s fault. That’s probably not fair, because the most obviously drunk people I’ve ever seen on the lake were in a crappy rowboat with an outboard motor.