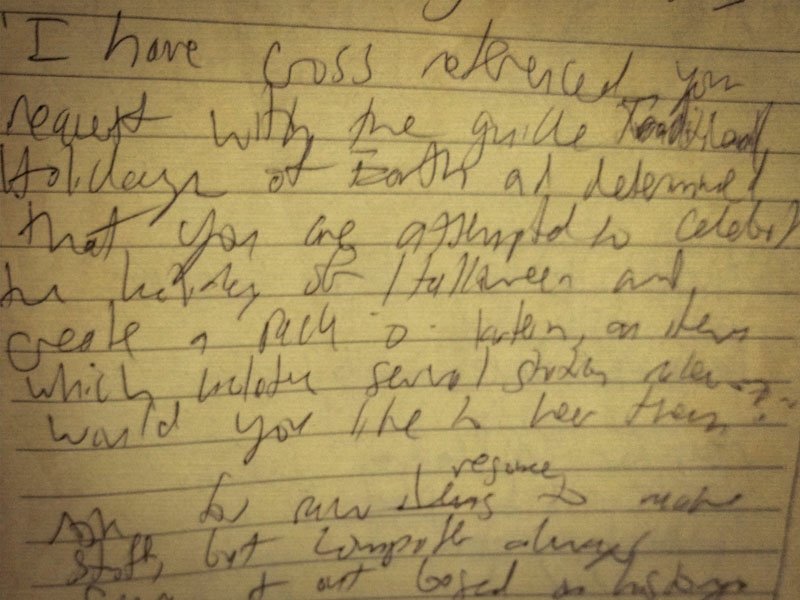 A snippet of a messy, handwritten draft of “A Cold Glow,” in which a space station’s computer informs the main character that it has cross-referenced the guide Traditional Holidays of Earth, and discovered that the main character is attempting to create a jack-o-lantern, which is forbidden under several of the station’s rules.