Because sometimes, muttering curses under your breath just isn’t enough. 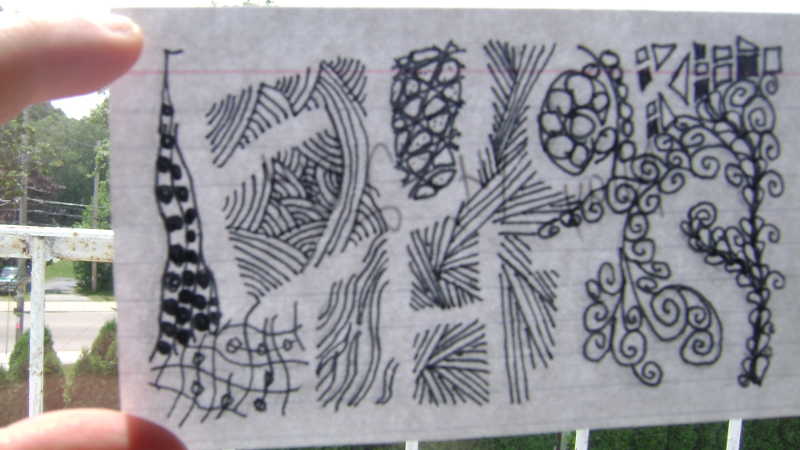 And fuck that, too.

Sometimes, I feel thirteen again and want to scribble vulgarities all over the back of my science notebook. Maybe an A for anarchy, or a doodle of an angry cow. It’s possible this is happening more lately, as I’m writing a novel about middle school outcasts thrown into an enormous nuclear disaster, but with sinister magic. Inhabiting their mind-space is kind of a mental time travel. And maybe one day, I won’t be able to come home again.

This gave me the instant gratification of pretending to draw a diagram of a mitochondria, while instead angrily writing “fuck fuck fuck” in the margins of my notebook with the kind of grip that embosses the penciled words into the paper. I always hated when teachers insisting on collecting and grading my notebooks. I nearly always had to tear out pages at the back, where I kept my secret life of comics, ranting, and doodles of demonic animals. Also, the out-of-control games of MASH I played with my best friend. 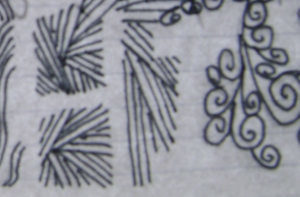 HI! Look how innocuous I am now.

And yet, the forty-five minutes of drawing it took me to do the linework mellowed me out so that I no longer felt angry about the incident. At least, I didn’t feel angry until I went home and told the story to my partner. Am I allowed to call it linework, or is that reserved for professional illustrators? Am I putting on airs by using this term?

I covertly drew this during my break at work as a number of people passed by, and felt both juvenile and powerfully defiant doing so. But to me, this is what art and writing are all about. Taking raw emotions and persistent problems, then hacking at them with rapid typing, or drawing over them in colored pencil. Juvenile it may be, but it’s also the only way I know to actually deal with my emotions rather than allowing them to drive my life until they expire and fade away.

The fact that other artists and writers exist makes me think that, maybe, I’m not the only one.

Drawing this did end up inspiring a moment in my novel, when one of my protagonists draws a similar picture, then rips it up during an assembly so her mother won’t find it later. I’ll have to draw that one next time I have something to rage about.